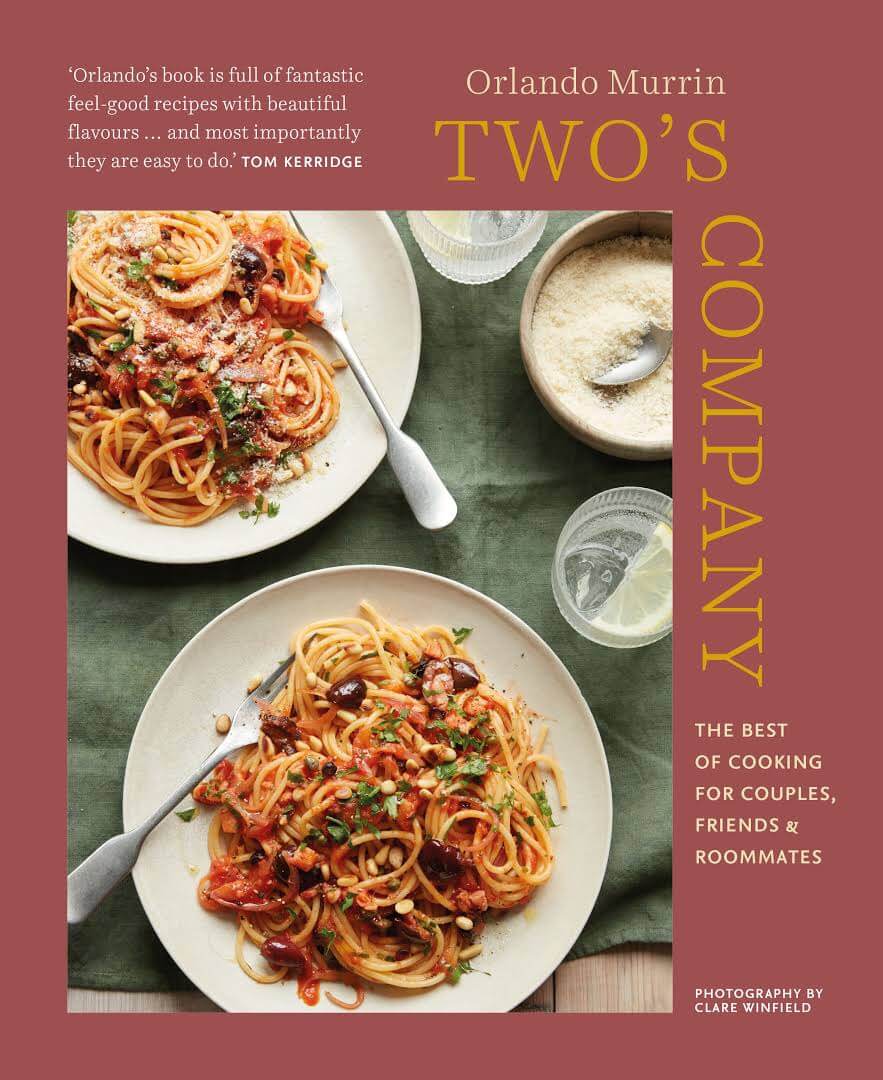 We recently spoke to Orlando Murrin who is a regular writer for Waitrose Weekend and was doing an article on wasted apples. We also spoke about his book ‘Two’s Company’ which is a book with a positive message that cooking for two is exciting, fun and worthwhile. Read more about what the author has to say below:

I had a career as a food writer and as a chef, cooking for lots of people, and I wasn’t really designed for it. I found it too stressful and turned murderous. So when I came out of that, I declared I had done enough entertaining to last me a lifetime, and I am proud to say that nowadays we don’t have a spare room or a dining table.

Being an experienced cook, I am used to adapting recipes, and I don’t object to occasional leftovers, but it is so depressing to be CONSTANTLY halving quantities, and ALWAYS to have a fridge clogged with leftovers. The other thing is that recipes nowadays tend to use millions of different ingredients – in order to appear new and original – so smaller households are lumbered with half-finished packs of this or that, which end up being thrown away.

So I set out to write a book that was carefully engineered for people who want to make a nice meal but doesn’t want to waste half-packets or end up with leftovers. Once I started testing everything, I realised that cooking for two is an art in itself, with its own rules. Also, lots of delicious things become possible which would be a pain in the neck for larger numbers, such as egg-and-breadcrumbing, or making the most perfect roast potatoes (the secret is on page 137).

The best news of all, though, is that two is the ideal number to cook for. You don’t have family or guests breathing down your neck, so you don’t have to work to a timetable. You only have yourselves to please. It’s a bit like driving a roadster, rather than lumbering around in a people-carrier or minibus.

Orlando Murrin is a food writer, podcaster and author of six cookbooks. If you buy the book, check out the Two’s Company Facebook Group, where you can meet the author and share tips. orlandomurrin.com